It's Always Sunny in Philadelphia Wiki
Register
Don't have an account?
Sign In
Advertisement
in: Seasons, Season 7

The seventh season of It's Always Sunny in Philadelphia aired in the fall of 2011 on FX. It ran for 13 episodes and was broadcast in 720p HD. The season is currently available on iTunes and on DVD and Blu-ray.

Frank falls in love with a prostitute named Roxy but the rest of the Gang tries to transform her into a presentable woman. Meanwhile, Dennis attempts to help Mac get healthy after gaining nearly fifty pounds. ("Frank's Pretty Woman") The gang decides to take a roadtrip to the Jersey Shore so Dennis and Dee could relive their favorite childhood memories. The vacation turns nightmarish for the siblings, while Frank, Mac, and Charlie have magical experiences. ("The Gang Goes to the Jersey Shore") Frank accidentally finds himself in charge of a child beauty pageant and tries to squash all suspicions that he is a child predator while the rest of the gang pick contestants to mentor. ("Frank Reynolds' Little Beauties")

When Dee comes into money from her surrogacy, she is forced to fake a baby funeral to avoid the IRS. The boys in the Gang attempt to start a more democratic way of running Paddy's, which ultimately resorts to more shouting. ("Sweet Dee Gets Audited") Frank's long lost brother showed up at Paddy's, revealing secrets about Frank's former life as a club owner, drug addict, and his former lover. ("Frank's Brother") The gang runs into trouble when they tried to prepare for a giant storm, and Dennis meets a woman he can't seduce. ("The Storm of the Century")

On a slow news day the gang played a board game they invented (ripped off from other games) called "Chardee McDennis!". ("Chardee MacDennis: The Game of Games") The gang tries to track down an annoying shusher on Facebook and end up bickering about the use of the internet for Paddy's business. ("The ANTI-Social Network") While robbing a house, The Gang got caught in a precarious situation when the homeowners returned. ("The Gang Gets Trapped")

Mac confessed to a priest how he gained his weight, and why the blame falls on his friends. ("How Mac Got Fat") The gang rush to the movie theater to see the world's greatest action movie, but must avoid traffic caused by Obama. ("Thunder Gun Express") The gang attend their high school reunion and are humiliated by the "cool kids" and other former enemies. ("The High School Reunion") They then take revenge on their enemies in the form of a dance routine. ("The High School Reunion, Part 2: The Gang's Revenge")

"Frank's Pretty Woman" September 15, 2011
Directed by: Matt Shakman - Written by: Scott Marder & Rob Rosell
Frank wants to marry a prostitute and the gang can't talk him out of it. While Dee sets out to burnish the hooker's heart of gold, Charlie takes a different tack: He tries to set Frank up with another woman.
| 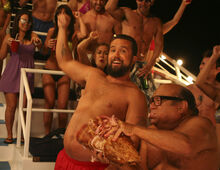 "The Gang Goes to the Jersey Shore" September 22, 2011
Directed by: Matt Shakman - Written by: Dave Chernin & John Chernin
Dee and Dennis take the gang to their favorite childhood vacation spot on the Jersey Shore. Things aren't quite as they remember them. Still, Mac, Frank and Charlie have the times of their lives; Dee and Dennis not so much.
|

"Frank Reynolds' Little Beauties" September 29, 2011
Directed by: Matt Shakman - Written by: Scott Marder & Rob Rosell
Frank finds himself in the child beauty-pageant business and fears that people might think that he's in it for the wrong reasons.
|

"Sweet Dee Gets Audited" October 6, 2011
Directed by: Matt Shakman - Written by: Rob McElhenney, Glenn Howerton, & Charlie Day
While Dee tries to weasel her way out of an IRS audit, the guys set up a new (and, they say, democratic) way of running Paddy's.
|

"The Storm of the Century" October 20, 2011
Directed by: Matt Shakman. - Written by: Charles W. Hornsby
It's not always sunny in Philadelphia: An apocalyptic storm is bearing down on the City of Brotherly Love, and everyone's in panic mode -- except for Frank.
|

"Chardee MacDennis: The Game of Games" October 27, 2011
Directed by: Matt Shakman - Written by: Charlie Day & Rob McElhenney
Another rainy day in Philadelphia. The gang can't go out and play, so they stay indoors and play a board game of their own devising.
|

"The ANTI-Social Network" November 3, 2011
Directed by: Matt Shakman - Written by: Charlie Day & Glenn Howerton
While Dennis and Charlie track down an annoying shusher the old-fashioned way, Dee and Mac cyberstalk him. Frank is online as well, trying to boost business at the bar.
| 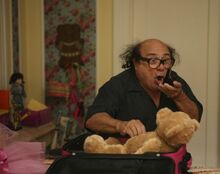 "The Gang Gets Trapped" November 10, 2011
Directed by: Matt Shakman - Written by: Luvh Rakhe
The gang sneak into a residence to "extract" an "artifact," only to discover that someone is home. Uh-oh.
|

"How Mac Got Fat" November 17, 2011
Directed by: Randall Einhorn & Matt Shakman - Written by: Scott Marder & Mehar Sethi
Mac tells a befuddled priest why his fatness is the fault of the other members of the gang.
|

"Thunder Gun Express" December 1, 2011
Directed by: Matt Shakman - Written by: Dave Chernin & John Chernin
Traffic problems as a result of the President's visit to Philadelphia makes it difficult for The Gang to see the summer's biggest film - "Thunder Gun Express".
|

"The High School Reunion" December 8, 2011
Directed by: Matt Shakman - Written by: Glenn Howerton & Rob McElhenney
The Gang attends their high school reunion with a lot to prove. Old friends are met and new foes are made as the gang trips down memory lane.
|

"The High School Reunion, Part 2: The Gang's Revenge" December 15, 2011
Directed by: Matt Shakman - Written by: Glenn Howerton & Rob McElhenney
The Gang hatches a plan to repair their tarnished image in the eyes of their old high school classmates. 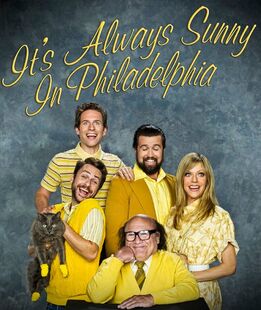 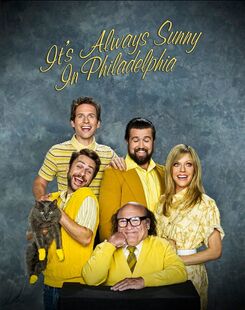 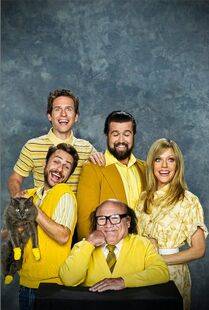 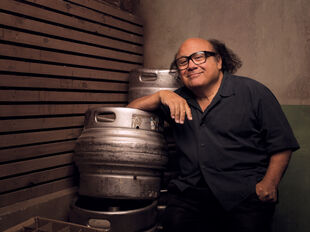 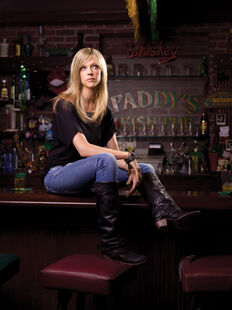 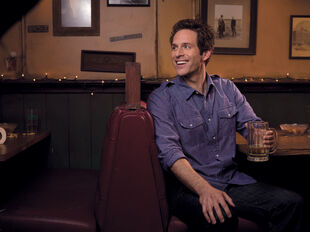 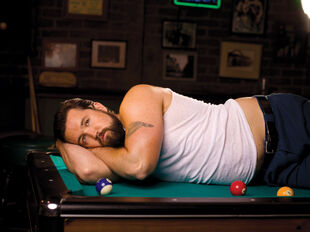 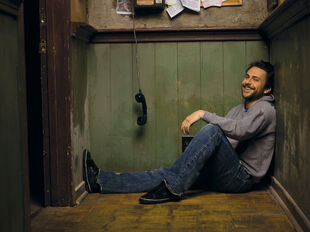 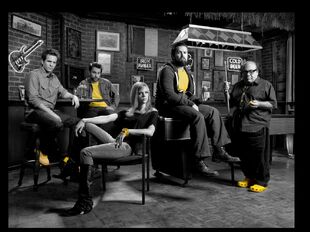 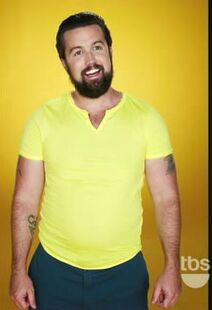 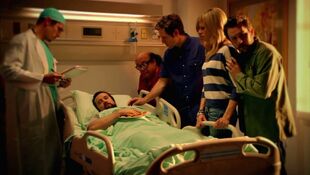