It's Always Sunny in Philadelphia Wiki
Register
Don't have an account?
Sign In
Advertisement
in: Seasons, Season 8

The eighth season of It's Always Sunny in Philadelphia ran in the Fall of 2012 on FX. It consisted of 10 episodes and was broadcast in 720p HD.

This season, stay tuned to see the Gang go to therapy, hunt for Nazi treasure and try to undermine Philly’s toughest union – the trashmen! Charlie and Dee find love, Frank re-enters the business world, and Dee blurs the lines between the real and virtual worlds when she falls into an obsession with computer games. Get ready for even more disagreements, disunion and divisiveness as the Gang tries once again to scheme their way to happiness!

Dennis and Dee have to decide whether or not to "pull the plug" on their ailing grandfather, who is a former Nazi; meanwhile, Mac, Charlie and Frank set off in search of a watercolor possibly painted by Adolf Hitler. ("Pop-Pop: The Final Solution") With the South Philly waste management workers on strike, Frank concocts a plan to get the contract to collect the city's trash; The Gang realize that they've ran out of original money-making schemes. ("The Gang Recycles Their Trash") In a police department, The Gang explains why they've crashed on Maureen and Liam's wedding, and start to fight all invited "zombies" - Halloween, baby! ("The Maureen Ponderosa Wedding Massacre") Charlie and Dee find a romantic connection with two members of one of Philly's wealthiest families; the rest of The Gang tries to get their piece of the "high life" action. ("Charlie and Dee Find Love") The Gang gets Freudian in the therapist's office, who finds Dennis' psychology to be abnormal. ("The Gang Gets Analyzed") As Charlie's mom battles the lung cancer, Mac, Charlie and Dennis are holding a "Beef & Beer & Jesus" fundraiser at Paddy's; Frank and Dee are in the quest for buried treasure. ("Charlie's Mom Has Cancer") With Charlie under his wing, Frank cleans up so he can get his hands dirty and help out his old company with one last big merger; Dee, Dennis and Mac are tries to get some benefits out of Frank's "new" status. ("Frank's Back in Business")

The whole Gang falls into an obsession with computer games. ("Charlie Rules the World") The whole Gang take a night out of Paddy's and tries to put themselves on airs at Guigino's Italian Restaurant.
("The Gang Dines Out") When Frank accidentally hits Dennis' car, it's a real tragedy: Dennis spills his cereal all over himself. (Because it's totally normal to eat cereal while driving.) Of course, in order to resolve this legal issue, The Gang decides to hold a trial at Paddy's, with Dee and Charlie serving as lawyers. ("Reynolds vs. Reynolds: The Cereal Defense") 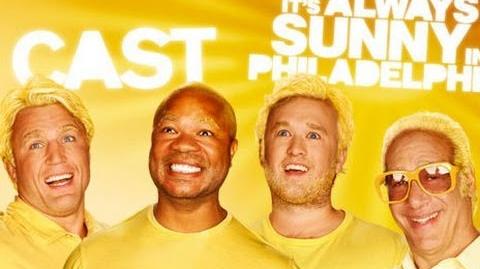 "Pop-Pop: The Final Solution" October 11, 2012
Directed by: Matt Shakman - Written by: Charlie Day, Glenn Howerton, & Rob McElhenney
Dennis and Dee's ailing grandfather Pop-Pop is wasting away in the hospital, and they have to decide whether or not to pull the plug.
| 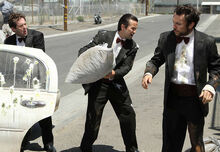 "The Gang Recycles Their Trash" October 18, 2012
Directed by: Matt Shakman - Written by: Charlie Day, Glenn Howerton, & Rob McElhenney
Frank concocts a plan to undercut the garbage men union and get the contract to collect the city's trash.
| 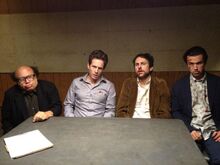 "Charlie and Dee Find Love" November 1, 2012
Directed by: Richie Keen - Written by: Charlie Day, Glenn Howerton, & Rob McElhenney
Charlie and Dee find a romantic connection with two members of one of Philly's wealthiest families; Mac, Dennis and Frank try to get a piece of the action.
|

"The Gang Gets Analyzed" November 8, 2012
Directed by: Todd Biermann - Written by: Luvh Rakhe
The Gang step into the therapist's office to work through their mountain of issues; Dennis' psychology is exposed as abnormal indeed.
| 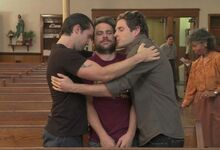 "Charlie's Mom Has Cancer" November 15, 2012
Directed by: Richie Keen - Written by: Scott Marder & Rob Rosell
The Gang rallies around Charlie's mom as she battles cancer; Frank loses his memory and his mind in a quest for buried treasure.
|

"Frank's Back in Business" November 29, 2012
Directed by: Richie Keen - Written by: Dave Chernin & John Chernin
With Charlie under his wing, Frank cleans up so he can get his hands dirty and help out his old company with one last big merger.
|

"Charlie Rules the World" December 6, 2012
Directed by: Matt Shakman - Written by: David Hornsby
After slipping into an unhealthy obsession with computer games, The Gang wrestles to define the difference between the real and the virtual worlds.
|

"The Gang Dines Out" December 13, 2012
Directed by: Matt Shakman - Written by: Mehar Sethi
Every member of The Gang has something to celebrate at Guigino's, Philly's finest eatery.
| 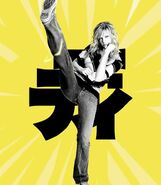 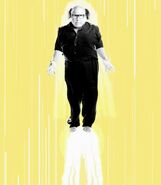 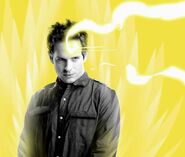 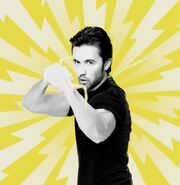