It's Always Sunny in Philadelphia Wiki
Register
Don't have an account?
Sign In
Advertisement
in: Seasons, Season 9

The ninth season of It's Always Sunny in Philadelphia aired in the Fall of 2013, beginning Wednesday, September 4 @10pm on FXX. It consisted of 10 episodes and was broadcast in 720p HD.

In Season 9, The gang continues their depraved antics, engaging in attempts to change gun laws, win an award, and "stop" a convenience store robbery. Charlie even gets the Waitress! 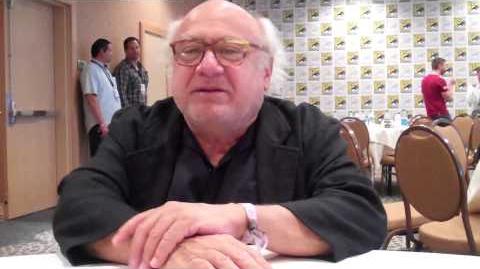 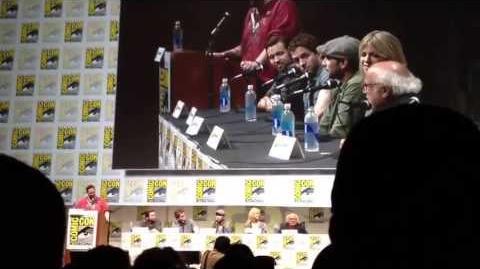 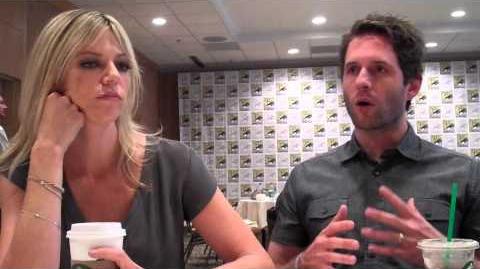 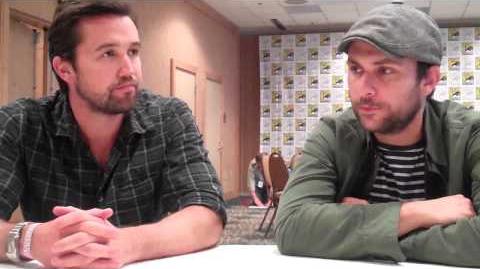 "The Gang Broke Dee" September 4, 2013
Directed by: Richie Keen - Written by: Charlie Day, Glenn Howerton, & Rob McElhenney
Dee starts to embrace the desperate, self-loathing qualities the guys have beaten into her over the years, sending her stand-up comedy career to unexpected places.
|

"Gun Fever Too: Still Hot" September 11, 2013
Directed by: Todd Biermann - Written by: Charlie Day, Glenn Howerton, & Rob McElhenney
After Frank appears on Local Television advocating gun ownership, the rest of the gang takes a look at the ownership process and alternatives to find a common ground on this still heated issue.
|

"The Gang Tries Desperately to Win an Award" September 18, 2013
Directed by: Richie Keen - Written by: David Hornsby
Tired of failing to be recognized for their years of service in the bar industry, the gang changes their ways to give the patrons what they think they want.
|

"Mac and Dennis Buy a Timeshare" September 25, 2013
Directed by: Dan Attias - Written by: Dave & John Chernin
The gang does their best to recoup their investments in questionable schemes by dumping their losses on Ben the soldier while trying to avoid being duped again by whatever mastermind is pulling their strings.
| 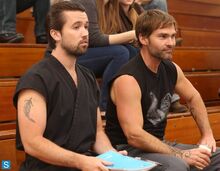 "Mac Day" October 2, 2013
Directed by: Richie Keen - Written by: Charlie Day, Glenn Howerton & Rob McElhenney
Everyone in the gang gets a day to do what they want while everyone else in the gang must participate willingly. This is Mac's Day...and it's got twice the "Mac".
|

"The Gang Saves the Day" October 9, 2013
Directed by: Dan Attias - Written by: Dave Chernin & John Chernin
When a routine trip to a convenience store places the gang in the middle of an armed robbery, each of them is forced to explore how they react in extreme situations.
|

"The Gang Gets Quarantined" October 16, 2013
Directed by: Heath Cullens - Written by: David Hornsby
When a severe flu outbreak sweeps Philadelphia the gang voluntarily quarantine themselves inside of Paddy's in an attempt to keep their singing voices pristine for an upcoming competition, although they have trouble adhering to the strict rules they've set for themselves.
|

"Flowers for Charlie" October 23, 2013
Directed by: Dan Attias - Written by: David Benioff & D.B. Weiss
When an experiment successfully multiplies Charlie's intellect and takes him away from the bar, the rest of the gang find themselves struggling to complete the menial 'Charlie Work' that has kept the bar running for so long.
|

"The Gang Makes Lethal Weapon 6" October 30, 2013
Directed by: Dan Attias - Written by: Scott Marder
After creative differences over what constitutes tasteful nudity cause Frank to pull his money out of Lethal Weapon 6 during filming, Mac, Dennis, and Charlie screen their rough footage for investors in hopes of raising enough capital to finish the production of their latest masterpiece.
| 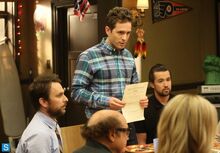 "The Gang Squashes Their Beefs" November 6, 2013
Directed by: Todd Biermann - Written by: Rob Rosell
When some bad blood with old foes compromises their ideal Thanksgiving, the gang decides to make amends by breaking bread with those they've hurt.